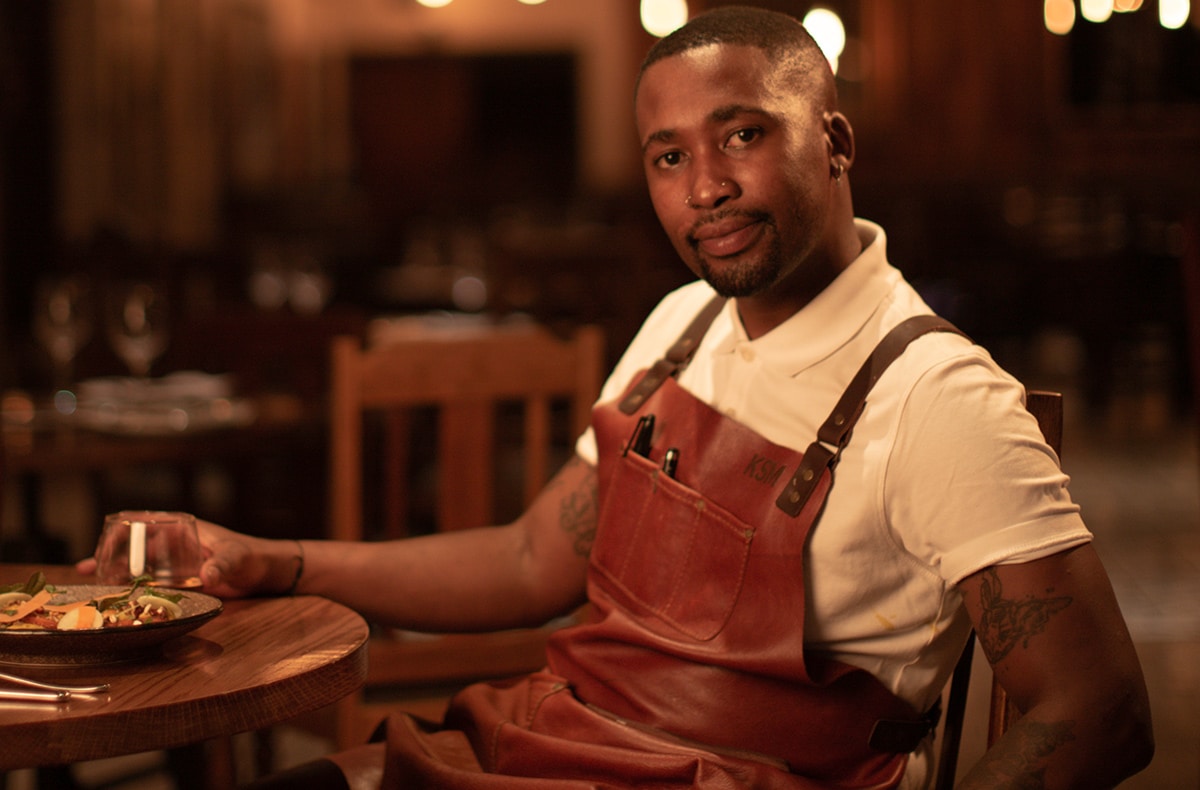 Katlego Mlambo continues to thrill gastronomes at his restaurant pop-up at The Marabi Club.

Chef Mlambo has extended his stay at the vibey jazz bar club in Maboneng, Johannesburg until June 2022.

If you love a little soul with your soul food, head on down to The Marabi Club in Hallmark House, a luxury urban hotel located in Jozi’s vibrant Maboneng Precinct, where South African chef Katlego Mlambo has launched his pop-up eatery.

Mlambo is an acclaimed chef who has enjoyed a colourful culinary journey. After attending the Silwood School of Cookery in Cape Town, he spent the next 10 years honing his skills under the eye of top South African chefs, including Luke Dale Roberts, PJ Vadas, Eric Bulpitt and Scot Kirton, with stints at The Test Kitchen, The Pot Luck Club, The Commissary, The Roundhouse and La Colombe.

When he returned to Johannesburg, his home town, he took the helm in The Marabi Club kitchen. Over the years he received many accolades including the Nederburg Rising Star Award and African Restaurant of The Year for Marabi. During his time at La Colombe, the Cape Town restaurant was awarded top spot at the 2019 Eat Out Mercedes-Benz Restaurant Awards.

Mlambo has cooked for big names such as Kelly Rowland, Carmelo Anthony, Black Coffee, and Jay Z and Beyoncé, and in 2019 was the lead chef for the Mandela 100 Years USA event hosted by President Barack Obama in Washington DC. 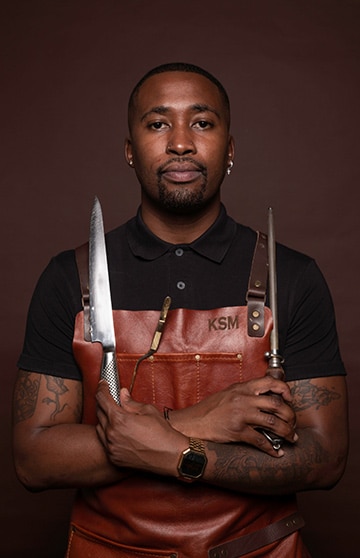 Back to the city

After a challenging couple of years for chefs and the food industry as a whole, Mlambo is thrilled to be back. “This is an opportunity to do what I love most and I’m grabbing it with both hands,” he says. “The fact that we’re situated in town at the beautiful Hallmark House provides such a great synergy, and my having worked at The Marabi before is a huge bonus,” he adds. “There’s such a great energy between myself, TJ Steyn and Dale de Ruig, the gents who founded The Marabi Club as part of their commitment to inner-city regeneration.”

The club is situated in the hotel basement, a speakeasy that offers superb African jazz by the resident Marabi Quartet, and showcases emerging and established artists. It’s named for the Marabi style of music that evolved in New Doornfontein in the 1920’s. With its fine dining, authentic long bar, stylish cigar lounge, vintage furniture and signature wall made up of reclaimed doors and a collection of contemporary artworks, it really is a special place to visit.

The restaurant pop up is all about progressive cuisine and an explosion of tastes on shared plates. “I want diners to have that ‘oh yeah’ moment. You know, like when you taste something great and nod your head twice,” says Mlambo.

His grandmother ignited his interest in cooking as a child and Mlambo is still inspired and guided by his roots. He often contemporises African staples, such as truffle samp and his legendary spicy, pickled African carrot dish. His fans will be happy to know that his popular classics will be on the menu, including Thai-style oysters, calamari and fish tacos. And of course, the delectable Chef’s Lekker Calamari – think deep fried tubes served with Mlambo’s homemade atchar, miso mayo, tamarind dressing and smoky toasted sesame seeds, garnished with tuna bonito flakes.

The Marabi Club is open Thursdays to Saturdays from 6pm to late. On the last Sunday of every month, from noon until 3pm, sister-restaurant Rooftop at Hallmark plays host to the Sunday Lunches brought to you by Chef Mlambo. To book a table visit www.hallmarkhouse.info/marabi or email info@themarabiclub.com and call on 010 591 2879.

Inside Job with Chef Katlego

If you can’t get to The Marabi Club, get a taste of our fave chef on the small screen, where he presents his cooking show, The Inside Job on Food Network. It’s broadcast throughout Africa and the Middle East. 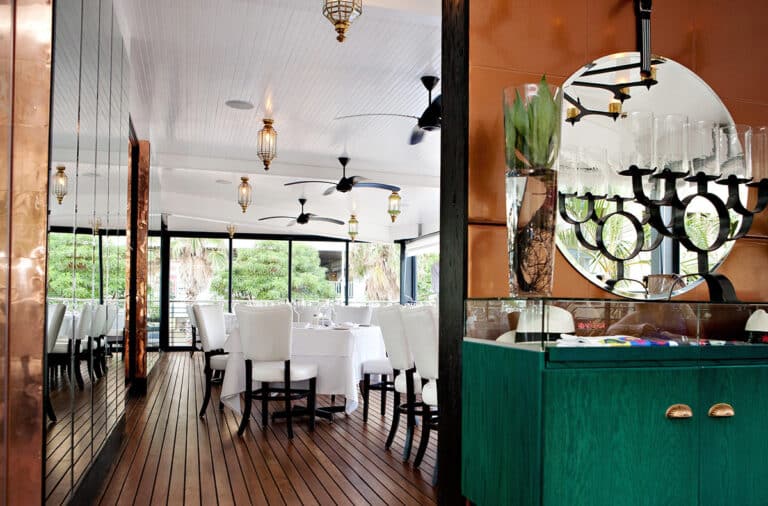 Durban may not be spoilt for choice when it comes to excellent restaurants, but those that are good are really good. 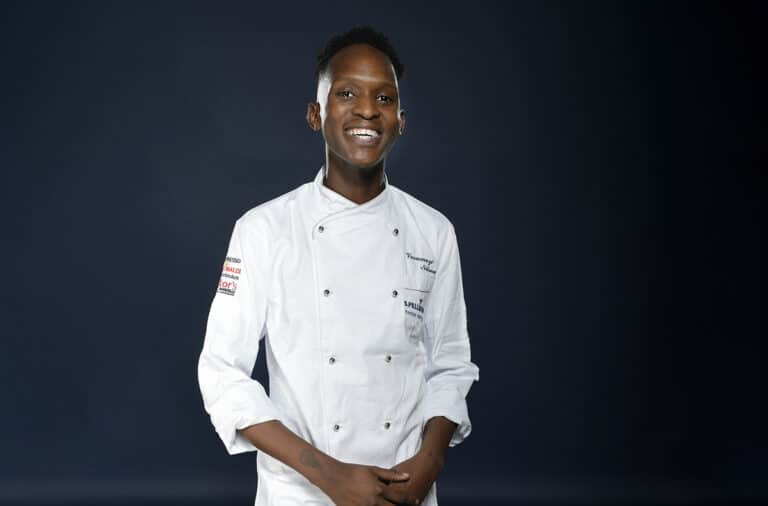