THE SPIRIT OF DAKAR

In the lead up to the 44th edition of the gruelling race, we are reminded why The Dakar fascinates the world

Now known as The Dakar, the first Paris-Dakar Rally was held in 1978. The world-famous endurance rally, recognised as the most gruelling off-road motorsport event in the world, has a fascinating history, and its inception has been described as “something of a happy accident”.

Despite the ordeal of getting lost in the Ténéré desert while competing in the Cote-Cote Abidjan-Nice rally in 1977, Thierry Sabine decided that the desert would be the perfect location for a regular rally. The concept wasn’t exactly foreign as the London-Sahara-Munich World Cup Rally (an automobile race) had taken place in 1974 in the Sahara Desert.

Sabine’s dream came to fruition and the flag was raised at the first Paris-Dakar Rally on 26 December 1978. The 10 000km adventure saw 182 vehicles depart from Place du Trocadéro and head into the unknown. Destination: Dakar, Senegal’s capital.
Only 74 made it to the finish in the first year. Cyril Neveu made history on his Yamaha motorcycle as the first event winner in a race that pitted ordinary men and vehicles against the desert elements, and which immediately captured the public’s imagination. 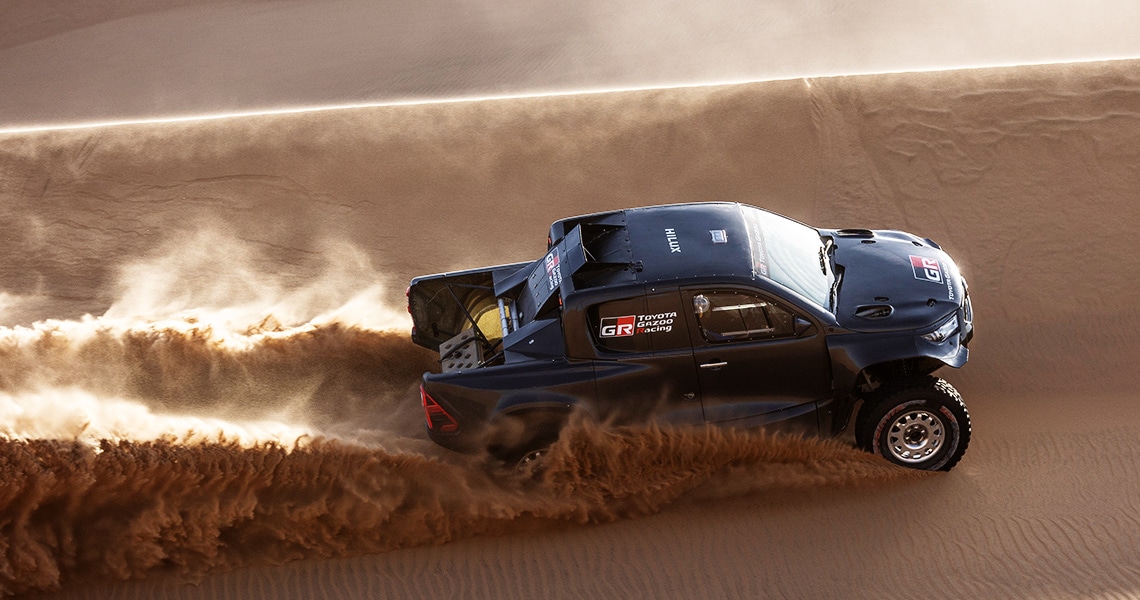 The long-distance event continues to attract a few hundred professional and amateur drivers to this day, with amateurs making up about 80% of the participants. The five categories – motorbikes, quads, cars, lightweight vehicles and trucks – allow a wide range of drivers to test their wits. Even the massive support trucks need to be able to cover the terrain and they actually race against other support vehicles in their own truck class.

In the early years, most events were staged from Paris to Dakar. However, in 1992, the special edition north-to-south route started in Paris, crossed 10 countries on the African continent, and ended in the Cape, a total route of 12 427 km.  In 1997 it ran exclusively in Africa, taking the adventurers from Dakar to Agadez, Niger and back to Dakar.

The race was cancelled on the eve of its start in 2008 due to security threats in Mauritania. It was a good call as three weeks later there was a terror attack in the heart of Nouakchott. Following this, the rally was moved to South America from 2009 to 2019 and then to Saudi Arabia in 2020. 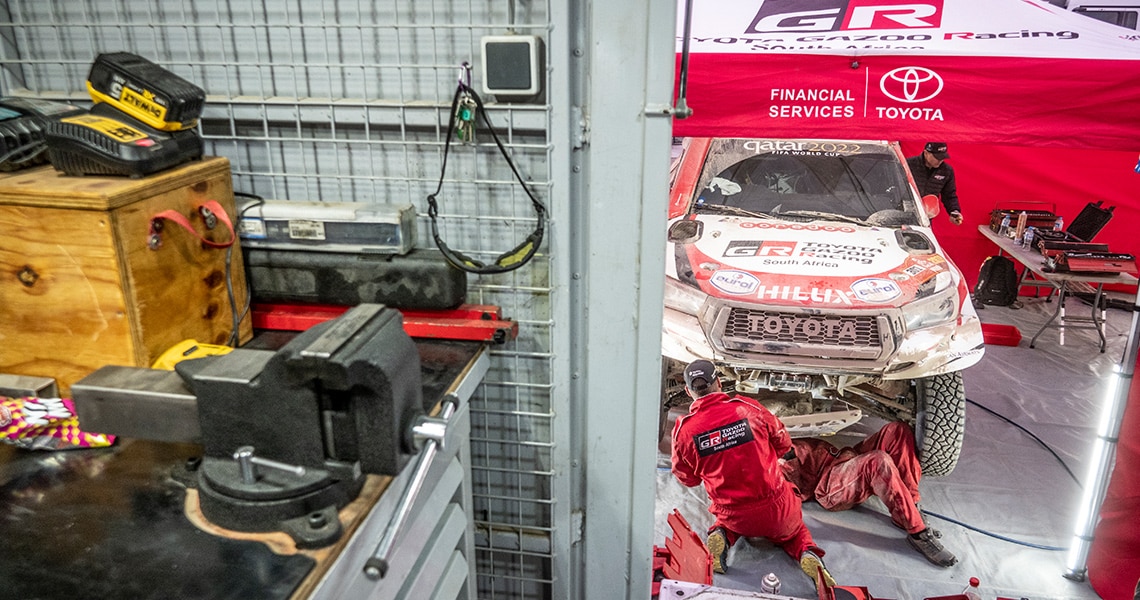 No matter where it’s held (and even if it’s in the same country, the route changes each year). The drivers will always face over 500km of challenges across sand dunes, mud, grass and rocks each day for 15 days.

It’s not for the faint-hearted and 76 people have lost their lives since the competition began. Among the 31 competitor fatalities, 23 were motorcycle-related, six car-related, one truck-related, and two competitors died as a result of local rebel conflict. Fortunately, the bulk of entrants survive to share stories of their trials and tribulations.

In 1983, competitors were caught in a huge sandstorm in the Ténéré desert, with 40 drivers losing their bearings, and some taking up to four days to get back on course. In 2016, the route through Argentina and Bolivia meant that drivers had to scale the Andes Mountains. At its highest point, the route was close to the same altitude as Everest’s base camp. Due to lower oxygen levels at this height, not only did the drivers struggle for oxygen, but the vehicles did too, with engines losing up to 20% power due to low air density.

And then there’s the ‘small’ issue of loo stops. With some stages requiring 12 hours of driving, many drivers don’t want to waste time going for a leak, so they have sacks in their race suits so they can simply urinate while they drive. 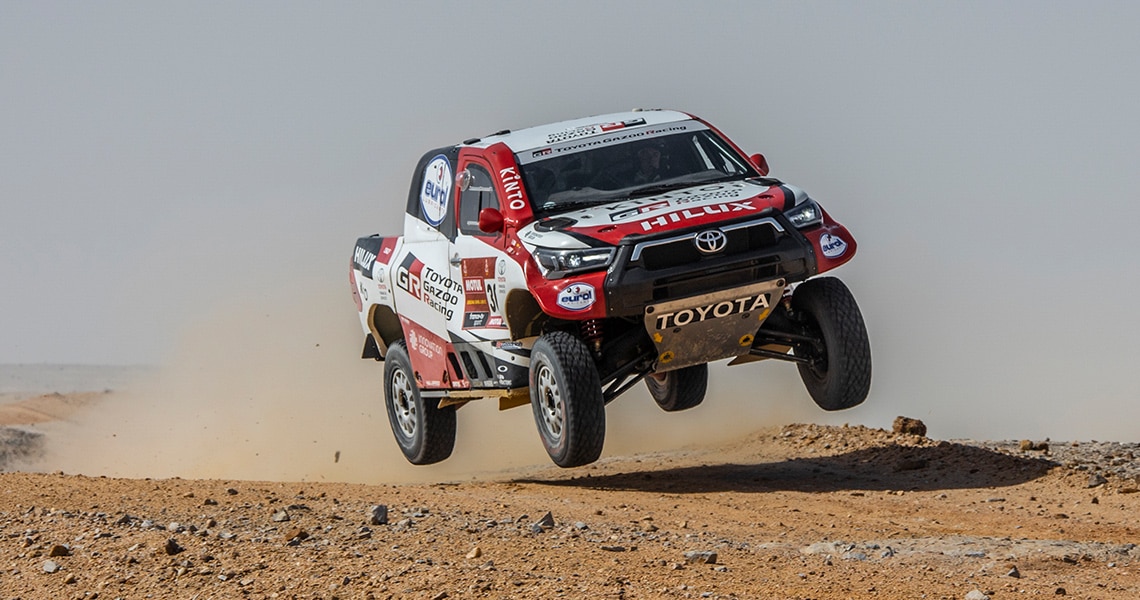 While the entry requirements are gender neutral, fewer women compete in the event, but compete they do. Jutta Kleinschmidt first competed in 1985 on a bike. She became the first female Dakar Rally stage winner in 1998 in a Schlesser buggy (a specially designed off-road competition car) and the first woman to win the overall event in 2001 in a Mitsubishi. Seventeen women competed in the 2019 Dakar, and in 2020, Taye Perry and Kirsten Landman were the first African women to complete the race on motorcycles.

Despite the race’s rough and masculine image, the colour pink is closely linked to the event, and that has nothing to do with the fairer sex. According to redbull.com, “The finish in Dakar used to be at the Lac Rose, 30km north of Dakar, which is so called because the lake is bright pink. This is caused by a unique type of algae, dunaliella salina. The lake is so striking that it can be seen from space, and the mere sight of it – after two weeks of unrelenting mental and physical punishment – has in the past caused even fully-grown bikers to spontaneously burst into tears.” 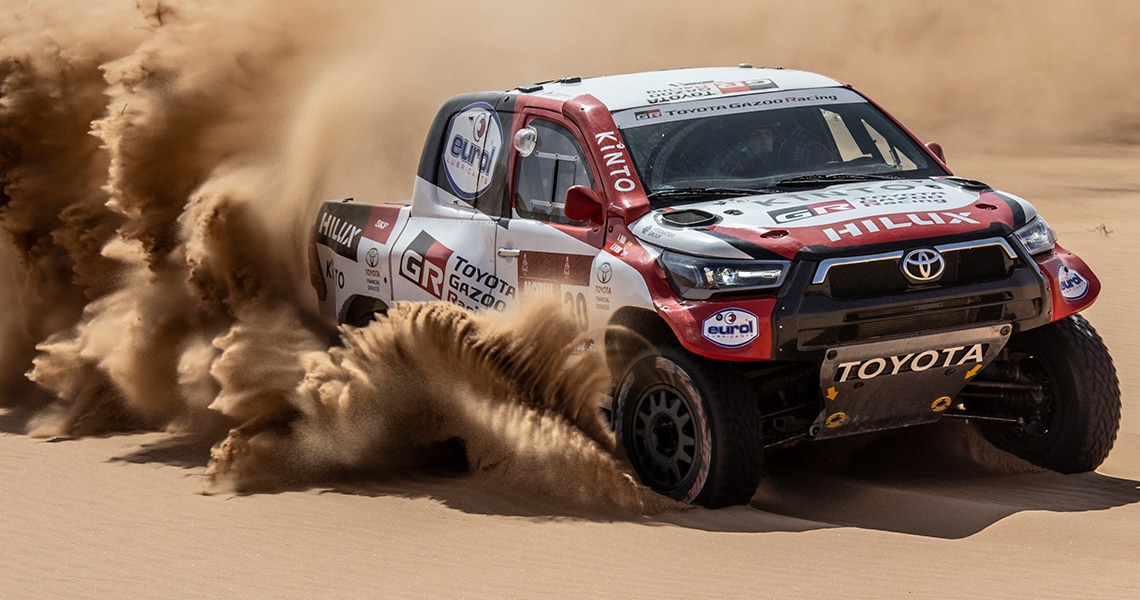 The 2022 Dakar Rally, which starts in Ha’il in north-western Saudi Arabia on 2 January and finishes in Jeddah, the port city on the Red Sea, on 14 January, is the 44th edition of the cross-country endurance event. The organisers say that 80% of the route will be different from the previous two events held in this country and will test drivers over 4 800 kilometres.

The Toyota Gazoo Racing team will no doubt make headlines again, while Hino Motors, which has been competing since 1991, announced that it will be racing against the typical monster trucks with a diesel-electric hybrid truck in the event. No mean feat… 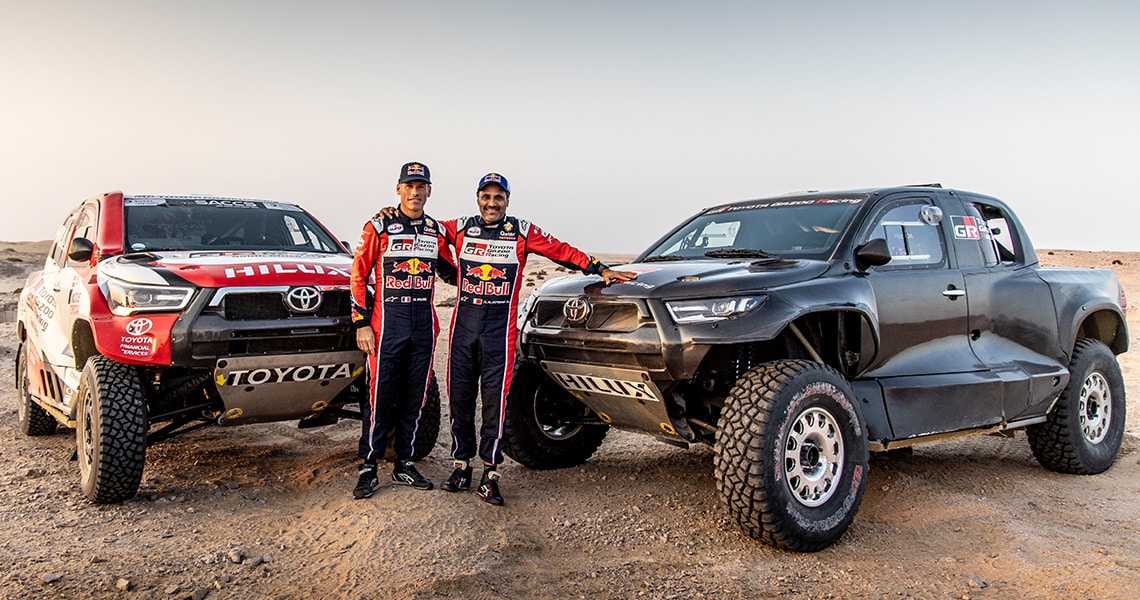 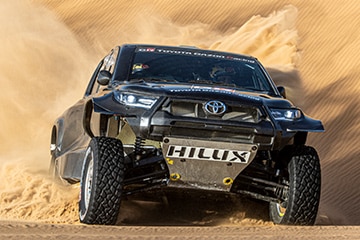 Meet the crew and the powerful new Toyota Hilux.