At the beginning of March 2021, Toyota South Africa Motors made it known that it is in the process of restoring what could only be described as the crown jewel in its historic fleet. This task would not be an easy one as there are very few spare parts available for models this rare. Thus the announcement that Toyota Gazoo Racing would be reproducing replacement parts for the Toyota 2000GT as well as the A70 and A80 Supra models, came with great relief, not only for TSAM but collectors worldwide.

This TGR project forms part of an initiative that will reproduce key replacement parts that were no longer available, and sell these genuine parts to customers who aspire to continue driving their cherished cars. But obtaining the parts was just one part of the challenge, selecting a team that could take on the task of performing a complete nut and bolt restoration on the legendary 2000GT, was the second part.

Read Part 1 here: Former Glory
Doing it the Old School way
The team that would head up the project is father-and-son duo Wynand Strydom Sr and Wynand Strydom Jr from Generation Old School Benoni. Their repertoire spans from Concours-winning Beetles and Microbuses, to American muscle cars such as Mustangs and Chargers. 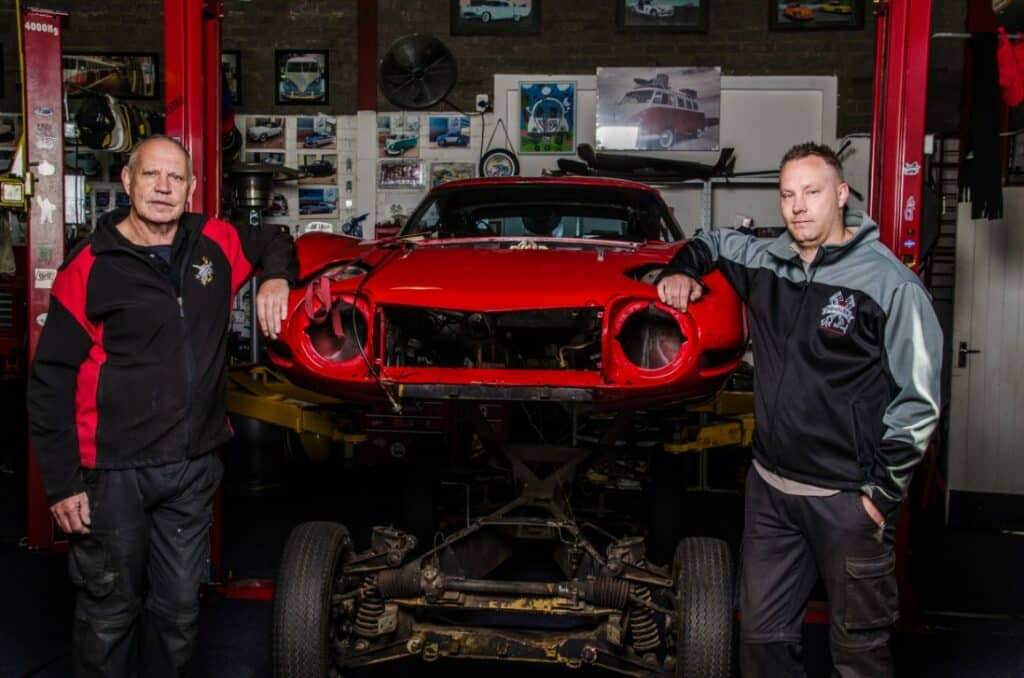 Although neither of them had ever seen a Toyota 2000GT in person before, much less had one in their shop. Both are well versed in disassembling a vehicle and documenting each step of the way. Years of experience has also prepared them for the task of researching each and every component – before commencing restoration.

The team behind the restoration believes in the revival of parts rather than just replacing them. This not only preserves the value of the vehicle but the originality as well. Thankfully, Toyota South Africa provided Generation Old School with literature pertaining to the 2000GT, amongst which is a rather large book detailing every single process to disassemble the car and every part number. 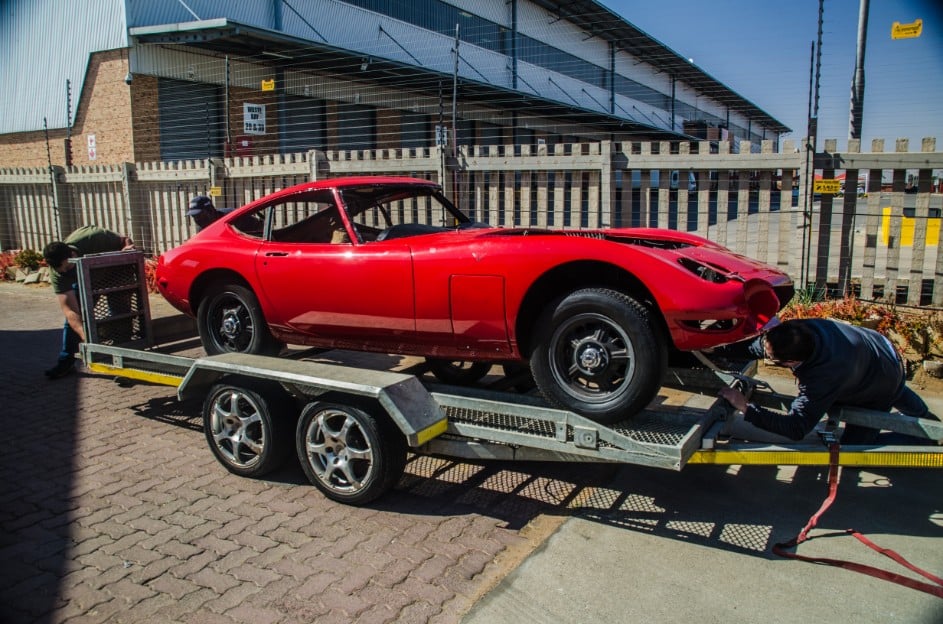 The Separation
It wasn’t long after the car arrived at Generation Old School that work began on dismantling the icon. Wynand Jr, who has taken the lead on the restoration, says that it has been a learning curve for everyone involved. Every nut and bolt needs to be removed with care as one might not be able to replace it.
The body has been separated from the chassis, which in itself is a rather special moment. Now, nearly 53 years after the marriage of the body and chassis, the two are once again apart, only to meet again when each has been completely restored.
As for the chassis itself, Wynand Jr has confirmed that the overall condition of key components is good, with only minimal renewal work being needed. There are, however, other components that need to be completely refurbished or replaced. Four such items are the magnesium alloy wheels – which need special paint preparation and paint to restore them to their original colour. 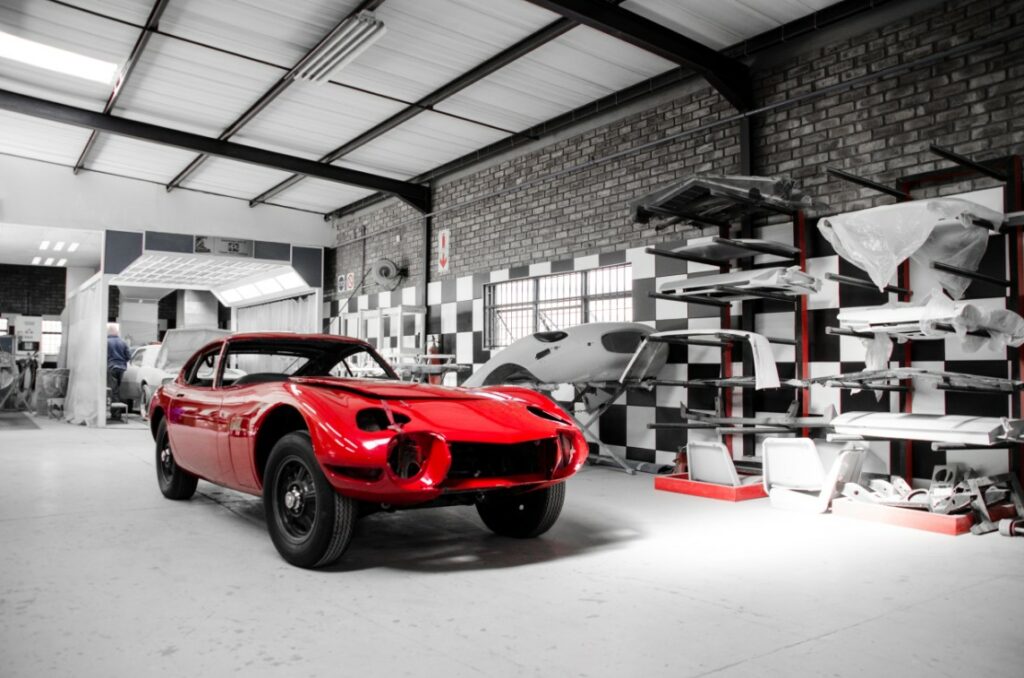 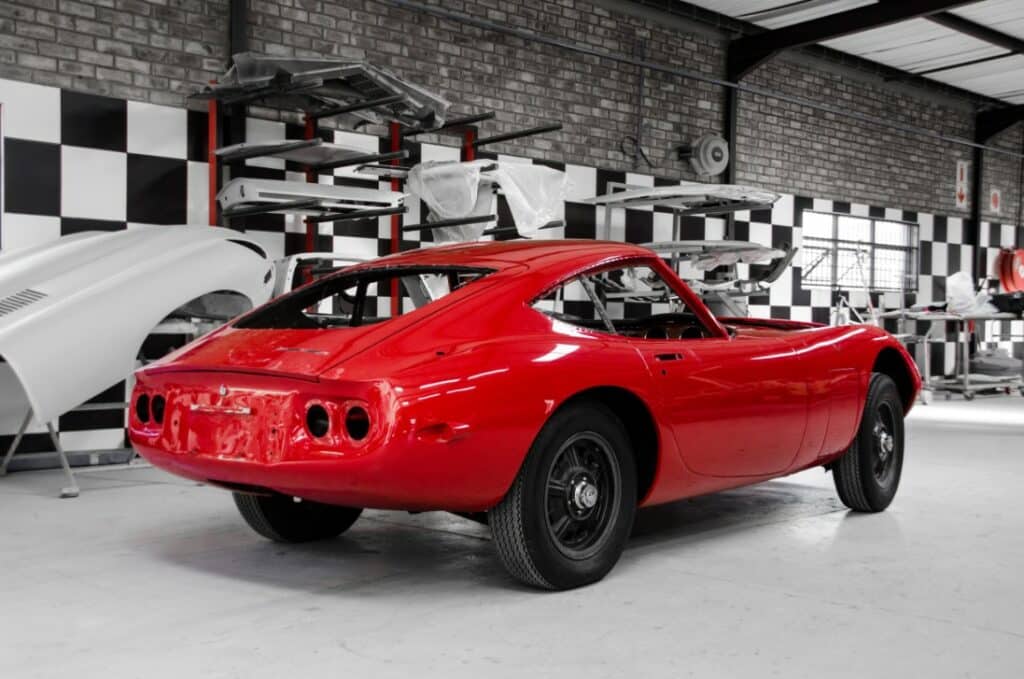 On the interior front, the intricacies of the facia make it stressful to remove items in the hopes that none break. The wood trim for example (which covers the entire centre console) is brittle and faded, it is also extremely thin. The chrome detailing cannot be bent when being removed and it is said that many of the wires are crumbling at the slightest touch.
The fact that the car is incredibly compact makes it even more difficult to work on and Wynand Jr has reported numerous bumps on his head due to this fact. That said, the team has managed to strip the entire interior and chassis down to the bare minimum.

All the individual components have been placed into small plastic bags, labelled and safely stored awaiting refurbishment. Both the body and the chassis has arrived at Dino’s Classic Restoration, which not only had to take out small dents and deformations, but focus on the most intricate of details to ensure accuracy. Paint preparation is one of the most important aspects – not only to precisely match the original paint – but also because it was a key decision factor in this project. What colour should the 2000GT be? This is chassis number MF10-10207 and according to records, its original colour is listed as Thunder Silver, however, there are whispers that it should remain Solar Red.

Stay tuned for the next Chapter, as we delve into the auto-body works, unpack some details on the chassis refurbishment and more.