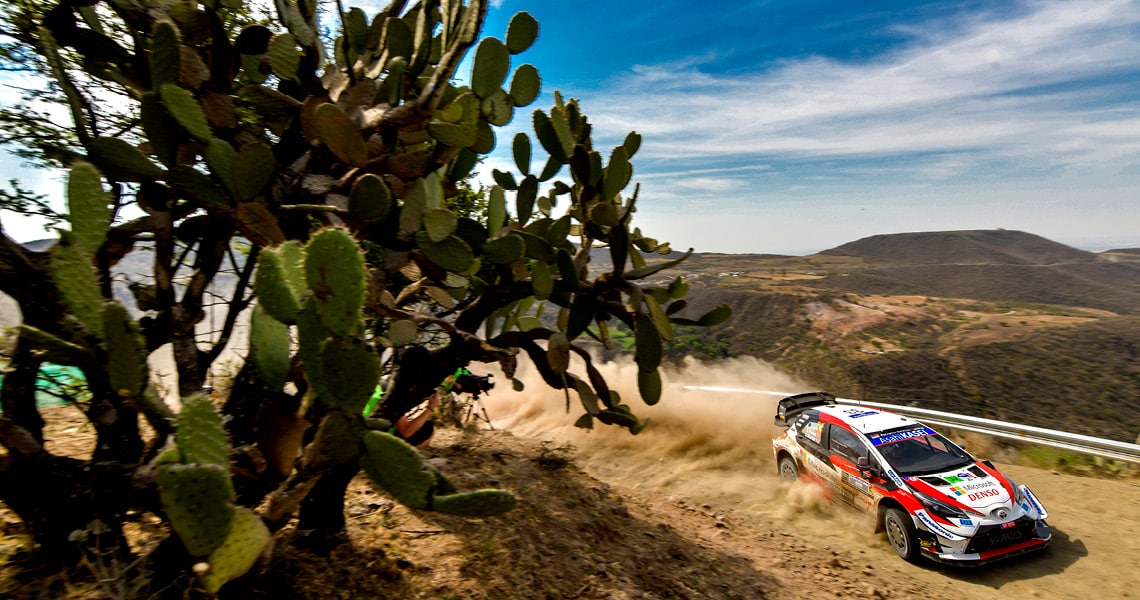 SÉBASTIEN OGIER and co-driver JULIEN INGRASSIA secured their first victory for the TOYOTA GAZOO Racing World Rally Team with a record-equalling sixth Rally Mexico triumph.
In the face of fast-changing travel restrictions due to the global COVID-19 virus outbreak, the finish of the Rally Mexico event was brought forward.
This decision was taken to ensure safe and timely travel home for officials, competitors and team personnel – but it didn’t dampen the excitement of the event, which marked the first win on the gruelling gravel event for the Toyota Yaris WRC.
In his third start with Toyota – and first on gravel – Sébastien Ogier dominated proceedings after taking the lead on Friday’s second stage. He led by 13.2 seconds coming into Saturday, and immediately extended that advantage with a stunning stage win on SS13 Guanajuatito. His final winning margin was 27.8 seconds.
With his sixth Mexico win in eight years – behind the wheel of four different cars – Ogier moved into the lead of the championship ahead of team-mate Elfyn Evans, who finished a strong fourth with co- driver Scott Martin after running first on the loose gravel roads on the Friday.
Kalle Rovanperä continued the impressive start to his top-flight WRC career in fifth place: the 19-year- old’s third top-five finish in as many rallies, together with Jonne Halttunen. Rovanperä was within a few seconds of a podium place on the Saturday, but was disadvantaged by running early in the road order.
With its all-new driver lineup having taken two wins in its first three events, Toyota has further increased its lead in the manufacturers’ championship to 21 points.
As Ogier said: “It was a good weekend. We had a good feeling straight from the start and took our chance to take the lead on Friday morning. On Saturday we had a better starting position and we pushed straight away and increased the gap, and then tried to control it until the end. The car was faultless all weekend. It was really reliable and fast, and these are good points for the championship.”
Team chairman Akio Toyoda was also pleased with the results. “For the first two years in Mexico, we could not [put up a] fight during the rally due to overheating. But our engineers have put a lot of effort into improving the cooling system and we finally reached the top of the podium,” he said. “We learned from our mistakes and now have three cars in the top five. Elfyn did a great job first on the road to do a clean run, and Kalle has also done incredibly well on one of the most difficult rallies for a rookie. We are very happy with this result. I’m very pleased that Seb and Julien have taken their first victory with us, and that the team took its first victory in Mexico.” 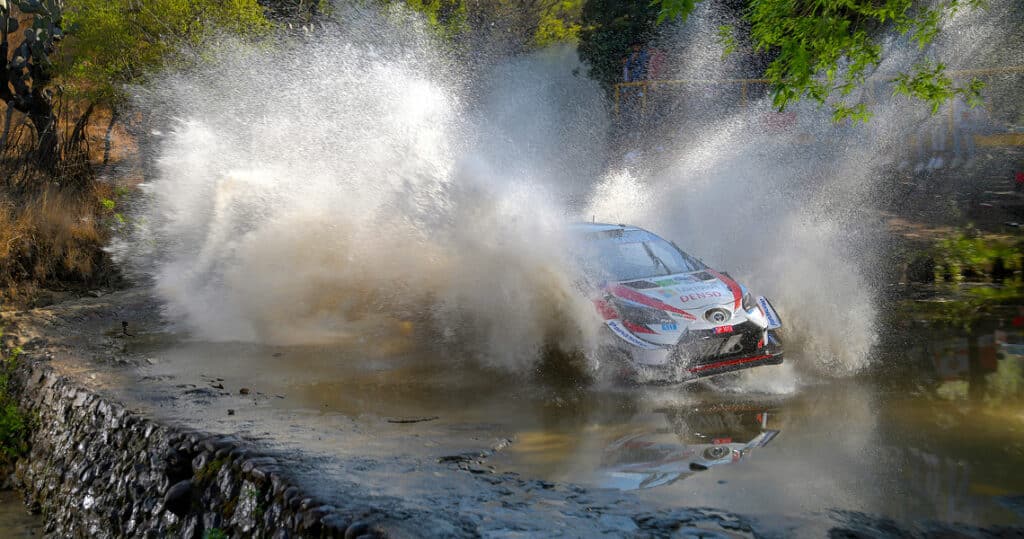 “Although the next rounds – Rally Argentina, Rally de Portugal and Rally Italia – are postponed due to COVID-19, I really hope the day that fans can watch the Yaris WRC back on the stages comes as soon as possible.” – Kaj Lindström, Sporting Director 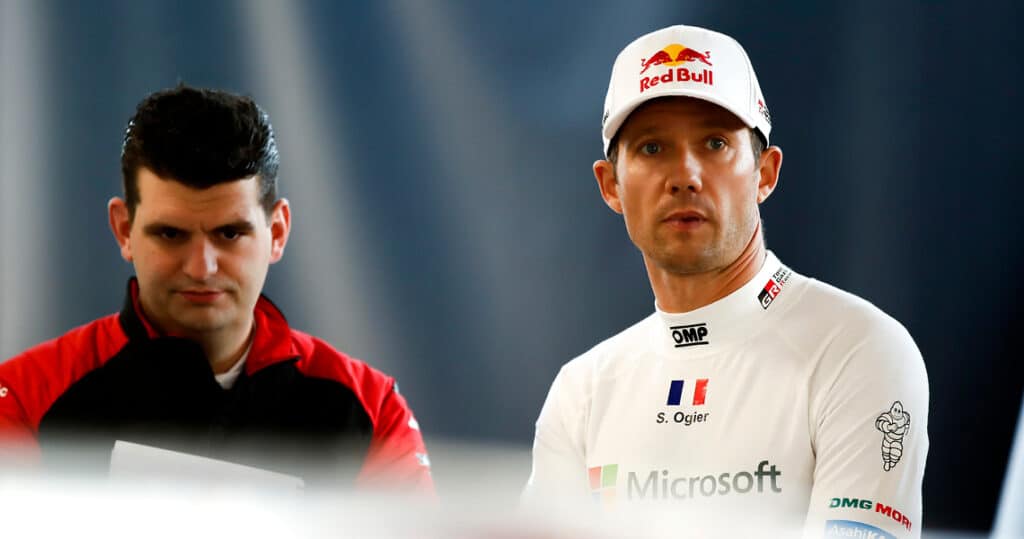 WITH ITS ALL-NEW DRIVER LINEUP HAVING TAKEN TWO
WINS IN ITS FIRST THREE EVENTS, TOYOTA HAS FURTHER INCREASED ITS LEAD IN THE MANUFACTURERS’ CHAMPIONSHIP TO 21 POINTS. 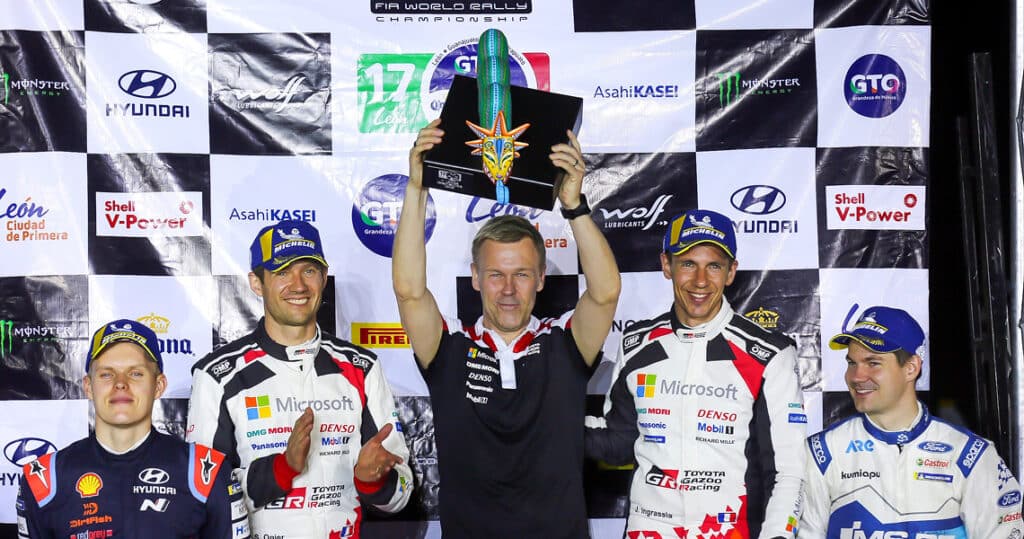 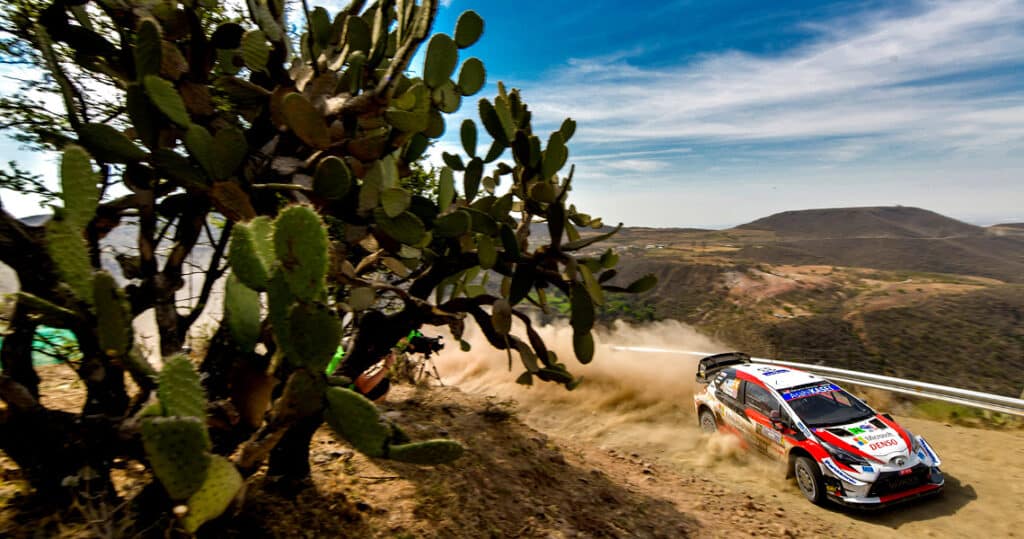 Kalle Rovanperä: “I was quite happy overall. It was not the best weekend, but we had a few unlucky moments and it was nice to see that when we tried to push, we had a good pace. Today was mostly sweeping the road, and so we went for a safe pace just to keep our position while also learning about the road cleaning. It’s been a really good beginning to the season for me: It’s nice to have had clean rallies without any big mistakes and some proper pace sometimes.”
Elfyn Evans: “It was not an easy weekend for us, but I felt like we drove pretty well. On the Saturday morning I think we maximised everything we could, but with the road positions it didn’t work out. That afternoon we made a few little errors and picked up some issues along the way, so we weren’t able to challenge. I’m a little bit disappointed in one way, but at the same time, fourth place after opening the road on the first day in Mexico is not so bad. All three Yaris WRCs were at the finish, so it’s a testament to the team and the strength of the car.”
The next event on the WRC schedule had yet to be confirmed at the time of publication.