Toyota Gazoo Racing recently celebrated its third consecutive win at the 88th running of the world’s oldest and most prestigious endurance motorsport event. 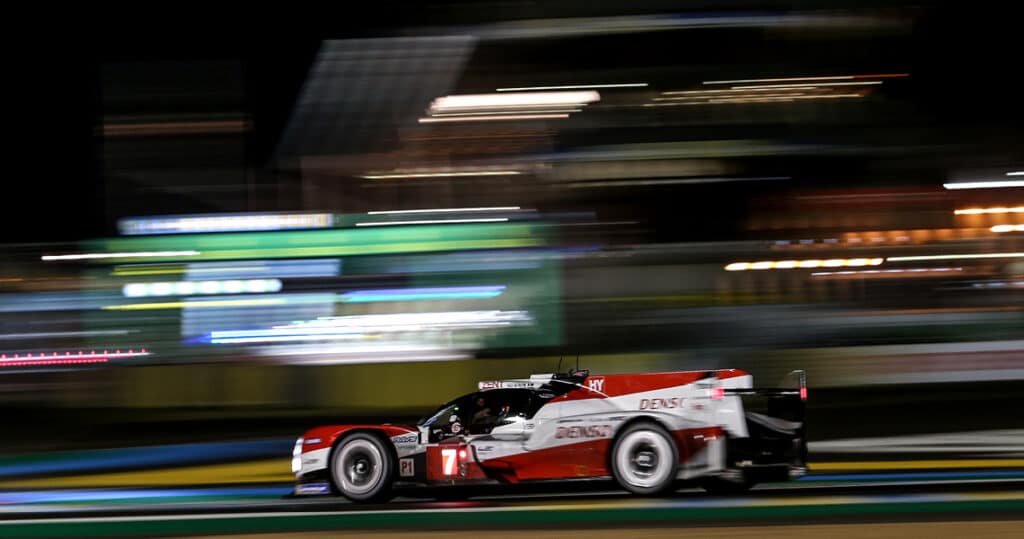 It was a turbulent – but ultimately successful – race at the Circuit de la Sarthe for Sébastien Buemi, Kazuki Nakajima and Brendon Hartley in their #8 Toyota Gazoo Racing TS050 Hybrid. After completing more than 5 000km of the gruelling race, the trio ended up winning by five laps and taking the lead in the drivers’ World Championship.

For Buemi and Nakajima, this was the third consecutive Le Mans triumph – they join only seven previous drivers who have achieved the feat in the race’s 97-year history. Brendon won for the second time, following his victory in 2017.

The pole-positioned #7 TS050 Hybrid of Mike Conway, Kamui Kobayashi and José María López had looked on course for its first win at La Sarthe until an exhaust problem pegged them back. They did, however, fight their way back through the field to earn third place in a dramatic final 70 minutes. 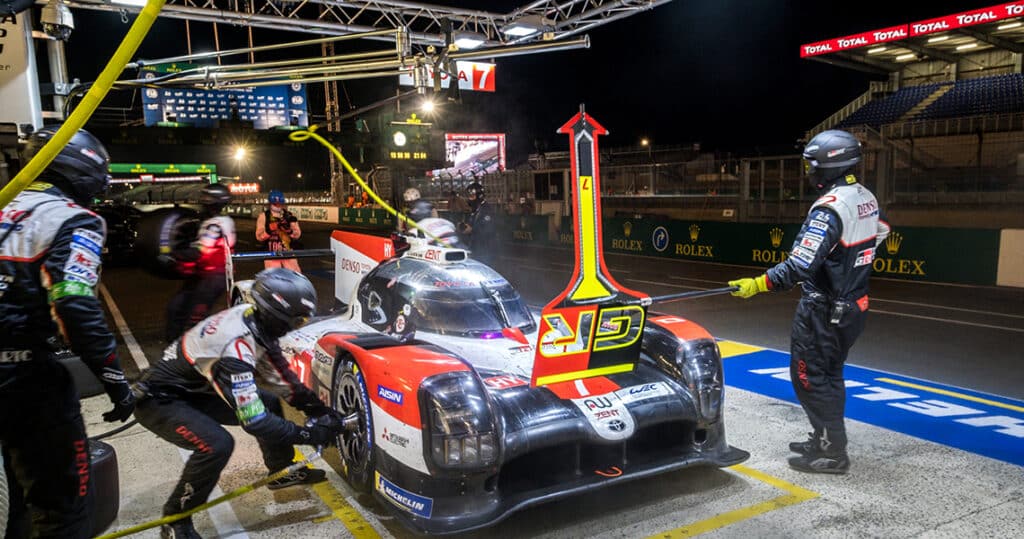 The victory in this penultimate round of the FIA World Endurance Championship (WEC) means that Toyota Gazoo Racing has been crowned the teams’ World Champion, holding an unassailable 57-point lead over Rebellion Racing – its third title, following those in 2014 and 2018-2019.

The race marked the final appearance at Le Mans for the 735kW, four-wheel-drive TS050 Hybrid, which has set a new standard in terms of efficiency and performance at La Sarthe. Using 35% less fuel than 2012’s first generation of LMP1 hybrids, the TS050 Hybrid performs around 10 seconds a lap faster. It holds the fastest-ever lap and the race lap record alongside its four consecutive pole positions and three victories.

Aside from 10 laps around the six-hour mark, the #7 held the advantage at the front of the field, building a one-lap lead by half-distance. But shortly before 3am, with Kobayashi at the wheel, it suffered a drop in power that forced it into the garage. A damaged exhaust manifold was replaced in less than 30 minutes and Kobayashi rejoined in fourth place, six laps off the lead and four laps behind the third-placed #3 Rebellion.

That left the #8 in a clear lead, having recovered from its own troubles – first with a puncture, then a debris-damaged brake duct, which cost time at two pit stops before a 10-minute repair in the seventh hour. But they never gave up and fought back into second place before the issue for #7.

Now with a healthy lead, Buemi, Nakajima and Hartley controlled the rest of the race from the front, establishing a five-lap lead. For the third consecutive year, Nakajima crossed the finish line to win the 24 Hours of Le Mans, cementing his status as the most successful Japanese driver at La Sarthe.

Conway, Kobayashi and López initially made up ground on third place, but the #7 car sustained floor damage after hitting debris, which compromised its aerodynamic performance. The podium battle came alive in the final hour when the #3 Rebellion first crashed on track and then could not exit the pits, allowing López to earn third, taking the flag six laps behind the sister #8 car and one lap adrift of the second-placed #1 Rebellion. 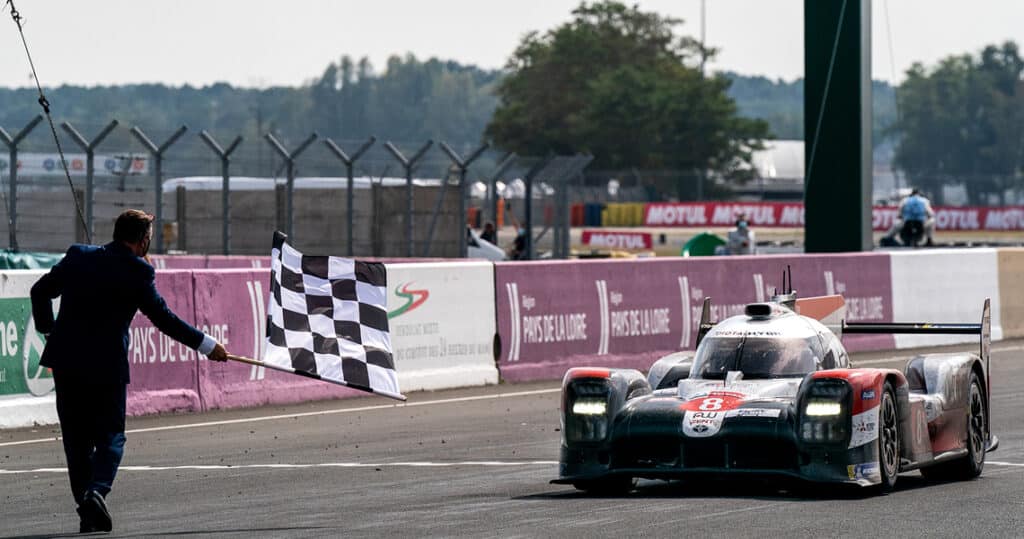 “It is special to be in the last TS050 Hybrid to win Le Mans, and to achieve three victories in a row is fantastic,” said Nakajima after the race. “We had a race of ups and downs – but everybody did a good job, including our sister car. Somehow we seemed to have a bit more luck than the other car. When the #7 car had the issue, it was all about winning the race for Toyota Gazoo Racing. This was quite tough. I’m really happy to achieve it, and to be part of this team.”

A significant points swing in favour of the #8 crew at Le Mans means that the race for the drivers’ World Championship title goes down to the last race of the 2019-2020 season, on 14 November in Bahrain. The #8 car holds a seven-point lead, with a maximum of 39 available in Bahrain. 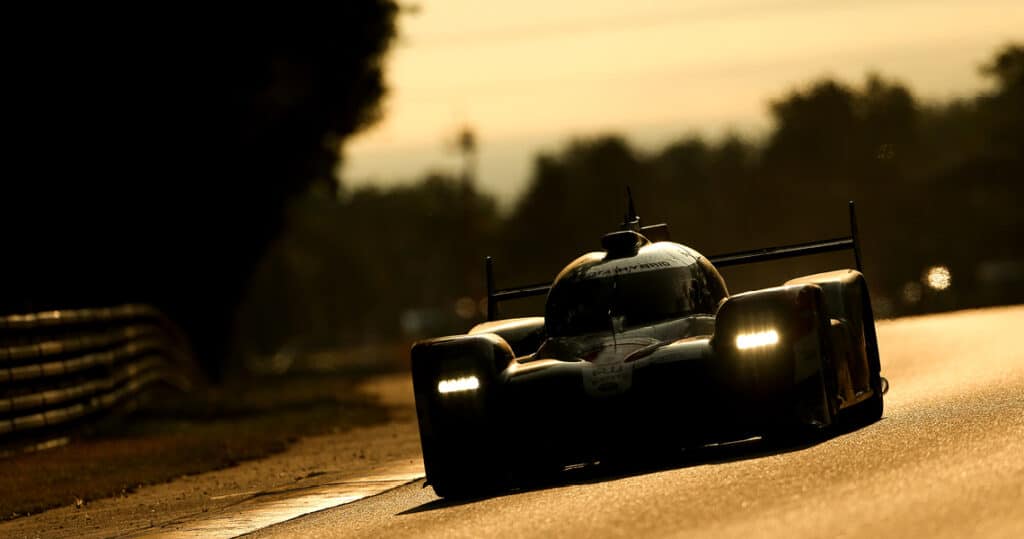 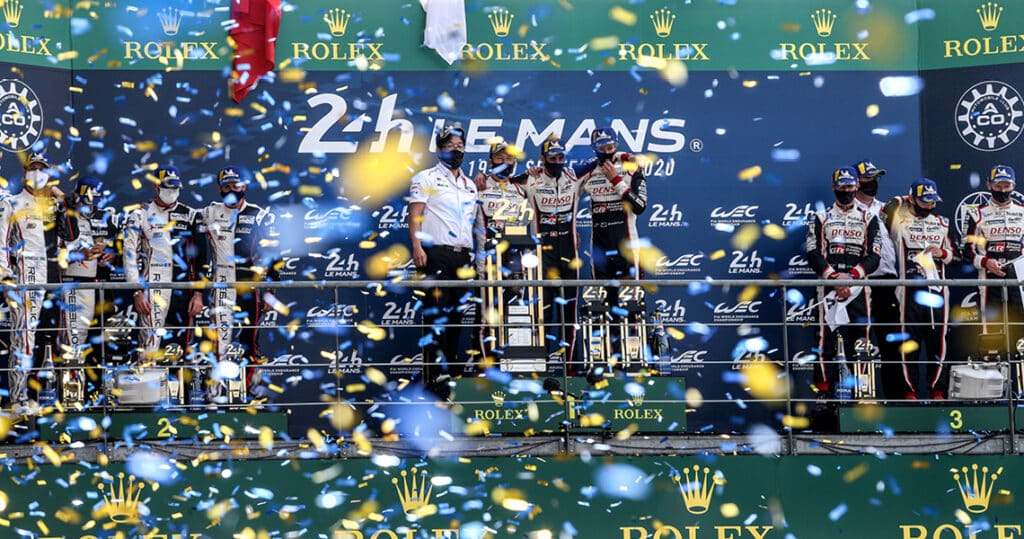