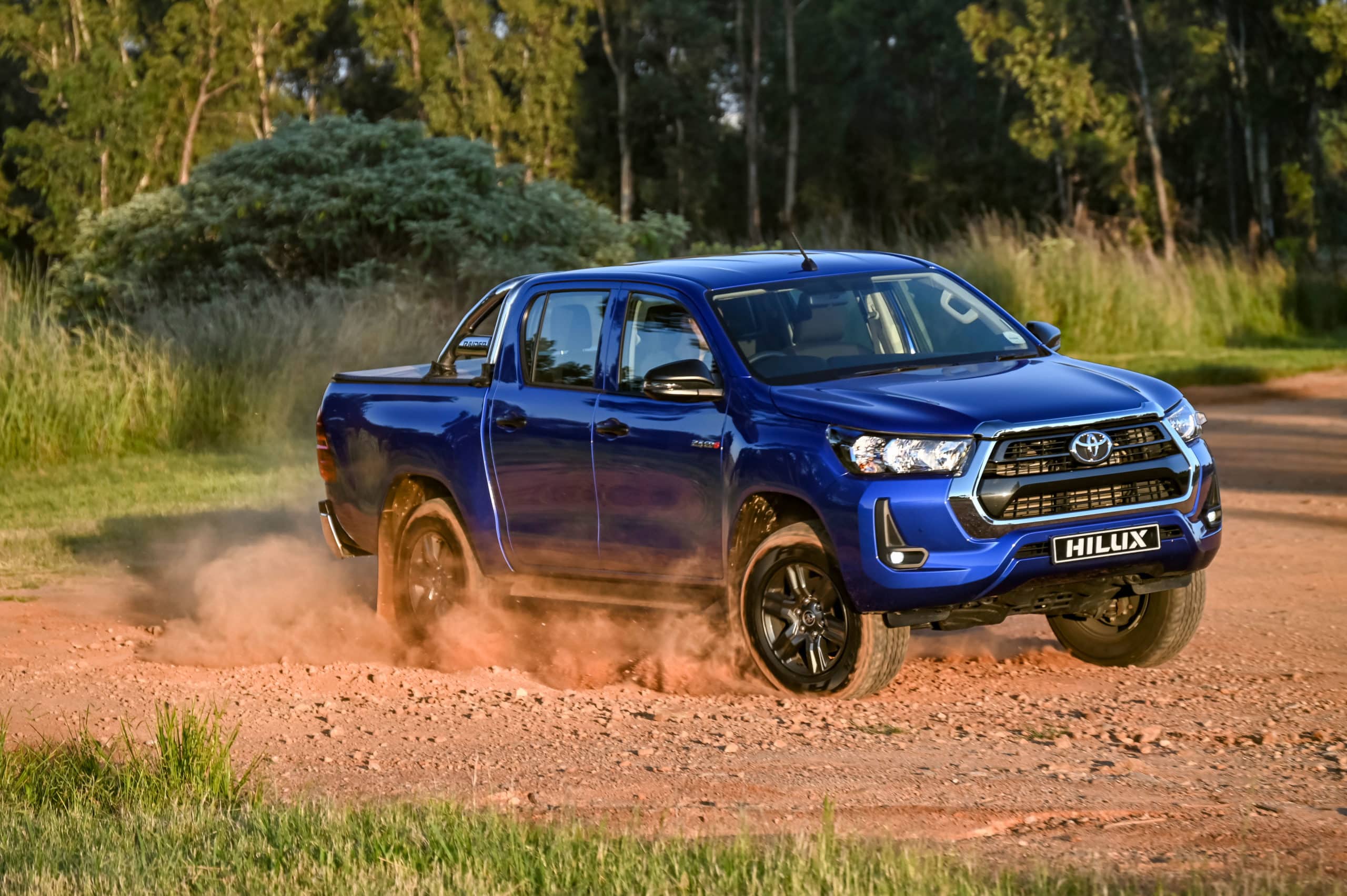 You really cannot keep the Toyota Hilux out of the news. It has sold more than one million units in…

You really cannot keep the Toyota Hilux out of the news. It has sold more than one million units in South Africa (SA), has been the segment leader for 48 of the 50-plus years it’s been in SA and currently boasts the longest active model range in the country.
The latest news is that the Hilux has once again topped the sales chart in the domestic market, posting a total of 3 700 units in May – the highest monthly aggregate by any model this year.

The Hilux, together with the Hiace (1 331), spearheaded Toyota’s strong show of 5 336 sales in the Light Commercial Vehicles (LCV) – staking a market share of 44.7%. “The Hilux’s mass appeal cannot be denied, and this is supported by the fact that it’s a top seller in the Single, Extra and Double Cab body types. Hilux caters to customers who are interested in both leisure (Double Cab) and small business (Single Cab) vehicles, as well as anything in-between (Extra Cab),” says Leon Theron, Senior Vice President of Sales and Marketing at Toyota South Africa Motors.
Out of Toyota’s aggregate sales of 9 882 (25.8% market share), a remarkable 4 316 – translating to a 17.9% market share – were passenger units. Some of the star performers in the segment included Fortuner (872), Urban Cruiser (717), Starlet (651), Corolla Quest (614) and Agya (517).
Toyota’s luxury arm Lexus continues to lead the company’s strategy towards the adoption of new energy vehicles. For almost every Lexus model (other than LX and LC) sold in the country, there is a hybrid variant available. In addition, Lexus has two hybrid-exclusive model ranges – the newly-minted IS and the premium compact UX SUV. Lexus sold a total of 55 vehicles in May, with 22% being hybrid models – a clear indicator that, like its Toyota stablemate, Lexus is on a serious path to carbon neutrality.
On the truck front, Hino sold a total of 187 units – of which 98 (19% market share in Medium Commercial Vehicles) were 300-Series and 63 were 500-Series (13% share in the Heavy Commercial Vehicle segment) models.
To keep Toyota, Hino and Lexus vehicles in good running condition, a total of 124 027 models were serviced last month while no less 1.4 million part pieces were supplied to domestic dealers, with a further 314 000 shipped outside of the country.
According to the National Association of Automobile Manufacturers of South Africa (NAAMSA): “Overall, out of the total reported industry sales of 38 337 vehicles, an estimated 33 642 units, or 87.8%, represented dealer sales, an estimated 8.2% represented sales to the vehicle rental industry, 2% to industry corporate fleets and 2% to Government sales. The May 2021 new passenger car market at 24 122 units registered an increase of 15 156 cars, or a gain of 169%, compared to the 8 966 new cars sold in May 2020. The car rental industry accounted for 11.4% of car sales in May 2021.”
Concludes Theron: “The incredible loyalty shown by our customers over more than half a century has enabled us to achieve an outstanding share of the local market. We are thankful to our fleet owners and rental companies for their continued support in these trying economic times. We are also grateful to our Dealer Network, as well as all Toyota staff, for their sterling efforts in making Toyota such a competitive brand.”