Discover KZN with a tour of the historic landmarks

KwaZulu-Natal is undoubtedly one of the country’s best provinces when it comes to diversity of travel experiences. Bush, berg, sea, history, culture, cuisine, sunny climes and laid-back folk all contribute to fine times. The best way to experience KZN travel is by means of a road trip that will enable you to soak up what best feeds your soul.

A SLICE OF HISTORY

Take a slow drive through the idyllic Natal Midlands to enjoy the artists, craftspeople and foodie stops, and be sure to pull over at the Nelson Mandela Capture Site along the R103, which commemorates where Nelson Mandela was arrested on 5 August 1962. It was here, outside Howick, that the man who was one day to become our president was driving a car, pretending to be a chauffeur, when he was flagged down by police. He had evaded capture for 17 months, but this arrest saw him spend the next 27 years in prison. The dramatic and world-renowned sculpture is the highlight for many and is the largest artwork of its kind in South Africa. It consists of 50 laser-cut steel columns between six and 9.5 metres high along a 30-metre length. From the road it looks like a grouping of steel poles, but as one walks along the path from the Visitor Centre, the steel columns gradually ‘come together’ until, at 30 metres from the sculpture, Mandela’s portrait is in perfect focus.

THE ‘KINGDOM IN THE SKY’

As you enter the Midlands, you’ll be struck by the sheer power of the majestic uKhahlamba-Drakensberg Mountains, a UNESCO World Heritage Site. It’s the highest mountain range in southern Africa and forms the border between South Africa and Lesotho. Famous for the conservation of 35 000-year-old San rock art, the Berg – as it’s fondly known to locals – is also a treasure trove for travellers. From grasslands to rocky gorges and river valleys to waterfalls, hiking to horse riding, ziplining to mountain biking, there really is something for everyone, with no shortage of overnight stays. The Sentinel Peak hike in the northern Berg takes you to the top of the Tugela Falls, the world’s second-highest waterfall, while the southern Berg is the way to go if you want a gateway to Lesotho via Sani Pass. 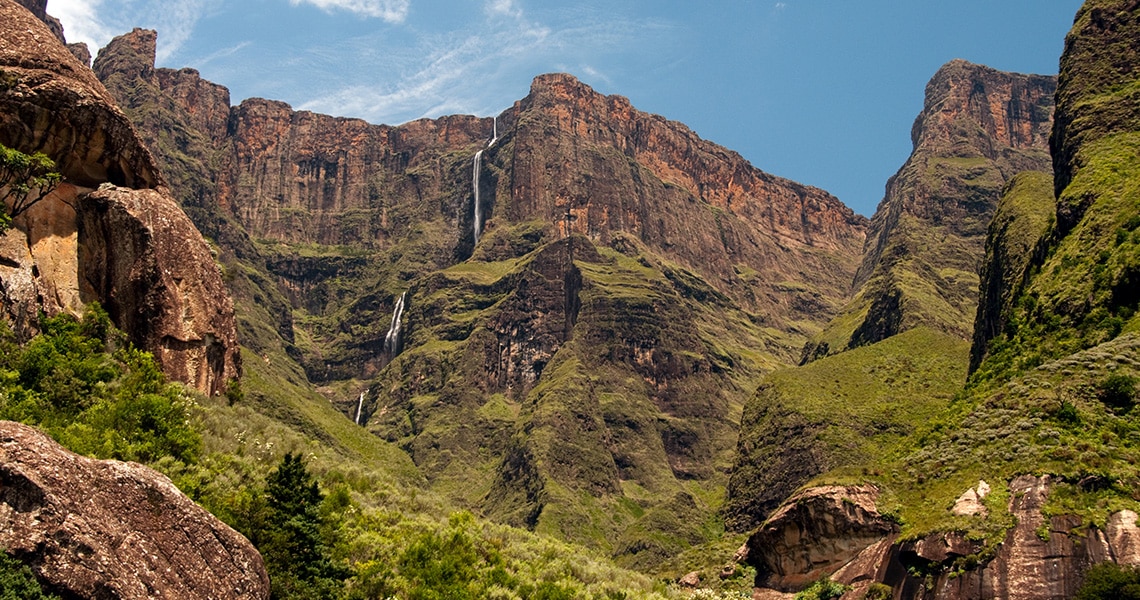 The most iconic mountain pass in South Africa, Sani Pass runs between KZN and Lesotho and has a summit altitude of 2876 metres, rising 1332 metres in just nine kilometres. It’s the only road crossing the summit of the high Drakensberg and is a challenging drive (only for 4x4s), often closed due to adverse weather conditions, especially during winter. The views, though, are absolutely spectacular and worth the hair-raising drive. It’s also the route to the highest pub in Africa. 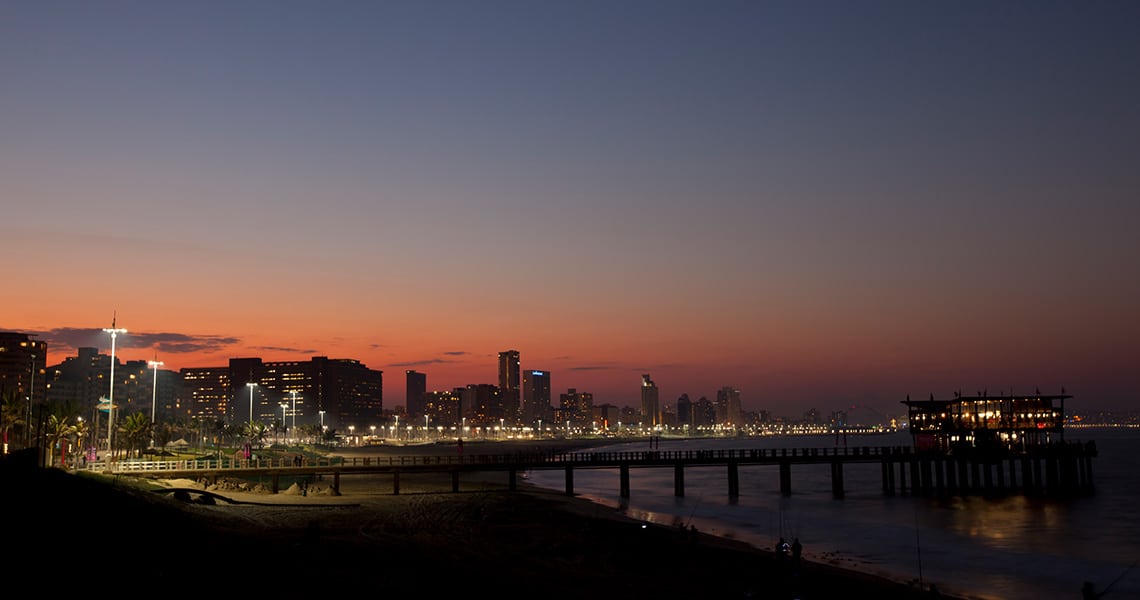 When you hit the sunny city of Durban, go straight to the beachfront for a full dose of Durban’s delights. The water is warm and the beaches clean. The best way to explore Durban’s Golden Mile is by bicycle, so that you can stop and shop along the way and enjoy a light meal beach-side. Attractions worth visiting include uShaka Marine World, and after sunset the city’s nightlife and restaurants beckon. If you have time, head north to Umhlanga to take snaps at the famous Umhlanga lighthouse and to visit the KZN Sharks Board. 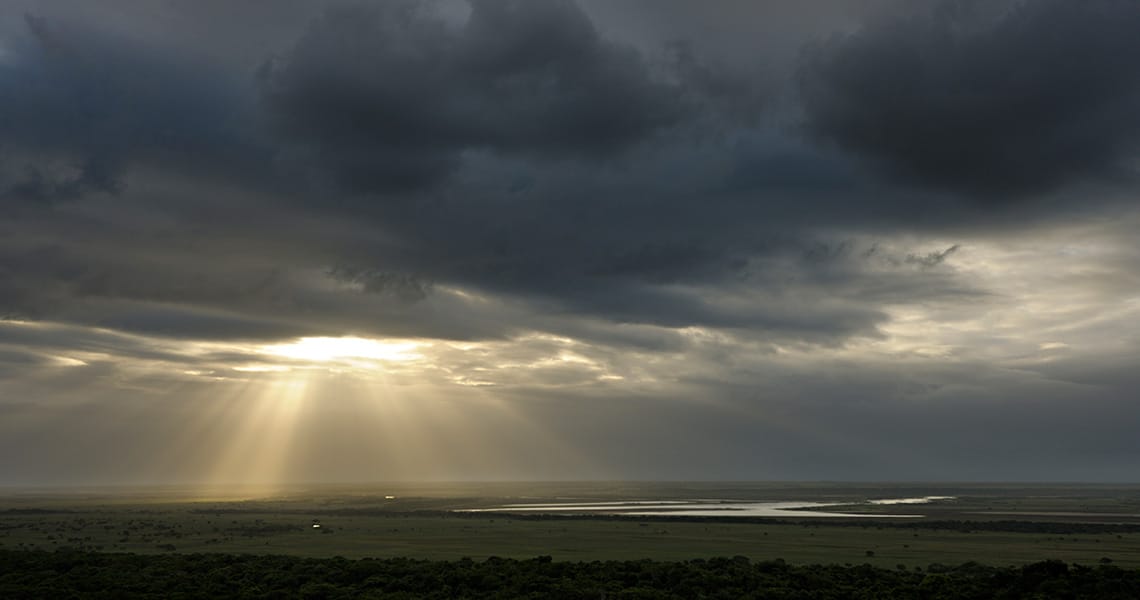 iSimangaliso Wetland Park (iSimangaliso means ‘a miracle’ or ‘something wondrous’ in Zulu) was previously known as St Lucia Wetland Park. This incredible natural wetland features coral reefs, long sandy beaches, coastal dunes, lake systems, swamps, and reed and papyrus wetlands and has been a World Heritage Site since 1999. It boasts some of the world’s best diving spots thanks to its coral reefs and the warm Agulhas current (Sodwana Bay nearby is a divers’ mecca). Home to the largest hippo population in SA, it’s also the only remaining major nesting site in Africa for loggerhead and leatherback turtles. The town of St Lucia caters for tourists, and the area is an absolute must-do. 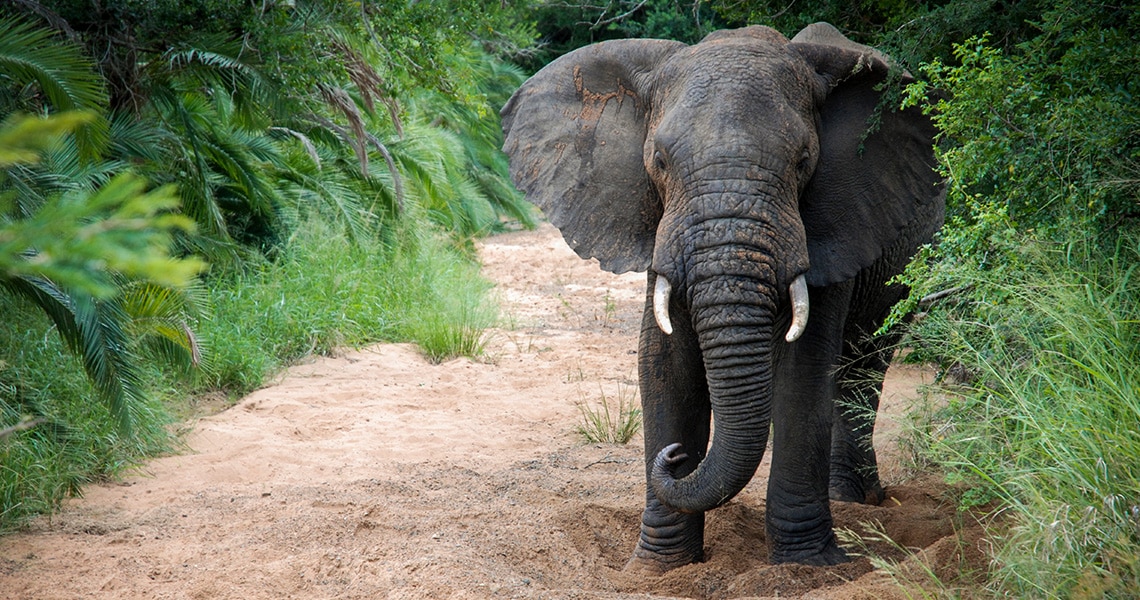 Down the drag from St Lucia is the Hluhluwe-Imfolozi Game Reserve, the oldest established game reserve in Africa. If game viewing is your passion, this is your place. The reserves in KZN are malaria-free and offer unparalleled game-viewing opportunities. Tembe Elephant Park (a community-run and highly affordable big-five destination) and Ndumo, uMkhuze and Ithala Game Reserves, which are run by Ezemvelo KZN Wildlife, are all close to each other. uMkhuze has been incorporated into the greater iSimangaliso Wetland Park conservation corridor. 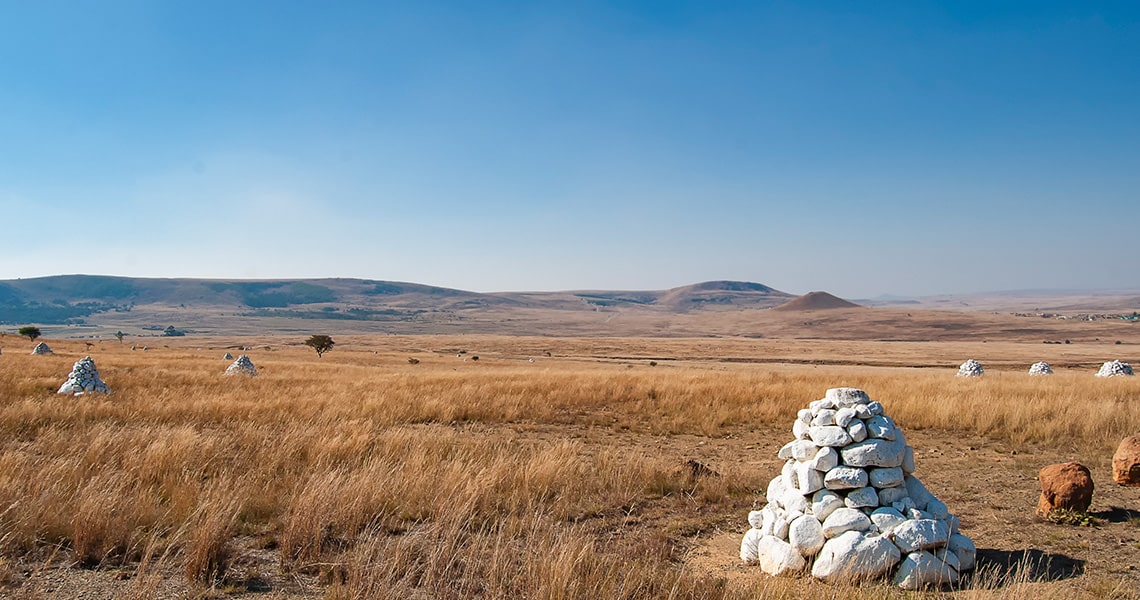 HEAD FOR THE BATTLEFIELDS

KwaZulu-Natal is named after the Zulu nation, which once controlled all of the north-eastern regions of South Africa under King Shaka’s rule. It was in this province that the struggle for power between the British, Boers and Zulus was at its peak, particularly in the battlefields around Dundee in central KZN. Join a fascinating tour at Fugitives’ Drift Lodge and you will literally be transported back in time as famous battles, including Isandlwana and Rorke’s Drift, and other stories are recounted. If you’re into history, this is not to be missed.