Top of the Toyota Crest

The Corolla evolution: from compact sedan to SUV

The name Corolla usually conjures up the image of a no-frills econobox sedan. Yet, while originally conceived as a subcompact sedan, the iconic Toyota model has spawned some notable exceptions to its traditional three-box design theme, including liftbacks, hatchbacks, fastbacks and coupe versions, as well as an MPV offshoot. 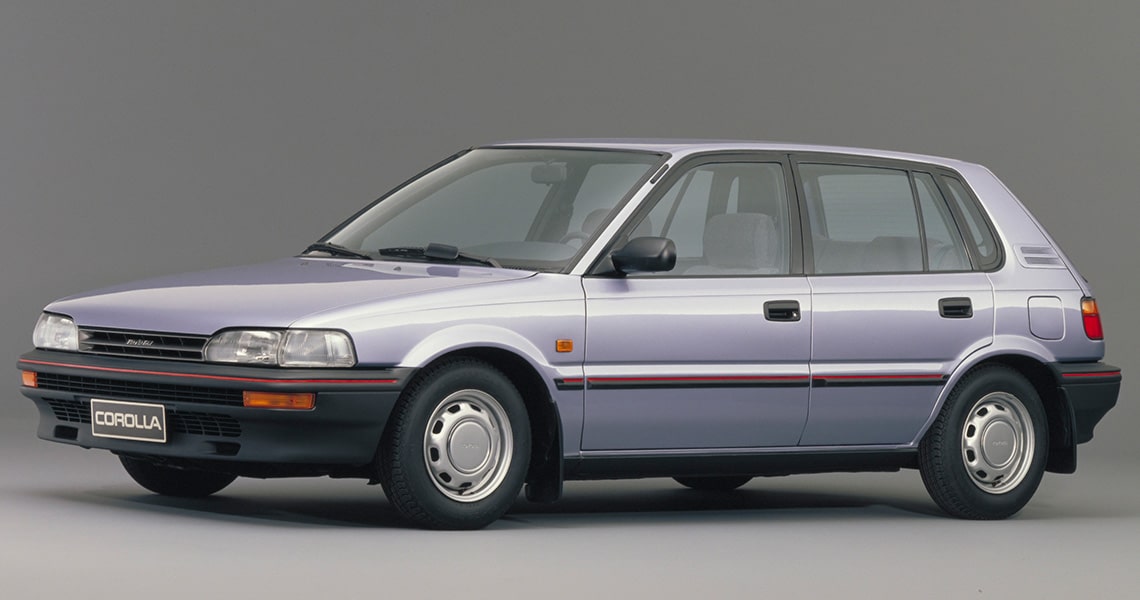 Now, for the first time in its 50-year-plus history, a crossover derivative – the Corolla Cross – will take the car into the popular SUV realm and usher the Corolla into a new era of motoring.

Deriving its nomenclature from the Toyota convention to name its sedans after the Crown flagship (including Corona, Cressida and Cresta), the Corolla (‘small crown’ in Latin) still occupies the crest of the Toyota crown – with more than 50 million sold over 12 generations and 55 years of production.

Introduced in 1966 as a subcompact sedan, the Corolla was the top-selling car worldwide by 1974, and the ever-evolving range, now sold in around 150 countries, was the best-selling nameplate in the world by 1977.

With 100 cars being built every hour throughout the past five decades (one every 36 seconds), the Corolla family still accounts for about 20 percent of Toyota’s global sales, and in South Africa, more than a million Corolla units have been produced and sold since 1975.

ADDING TO THE ‘THREE Cs’

From the outset, the Corolla was designed to embrace new technology to give it a competitive edge. The first-generation model featured a MacPherson strut front suspension, an engine with five main bearings, a four-speed transmission, a novel curved front windscreen and in-house developed shock absorbers. 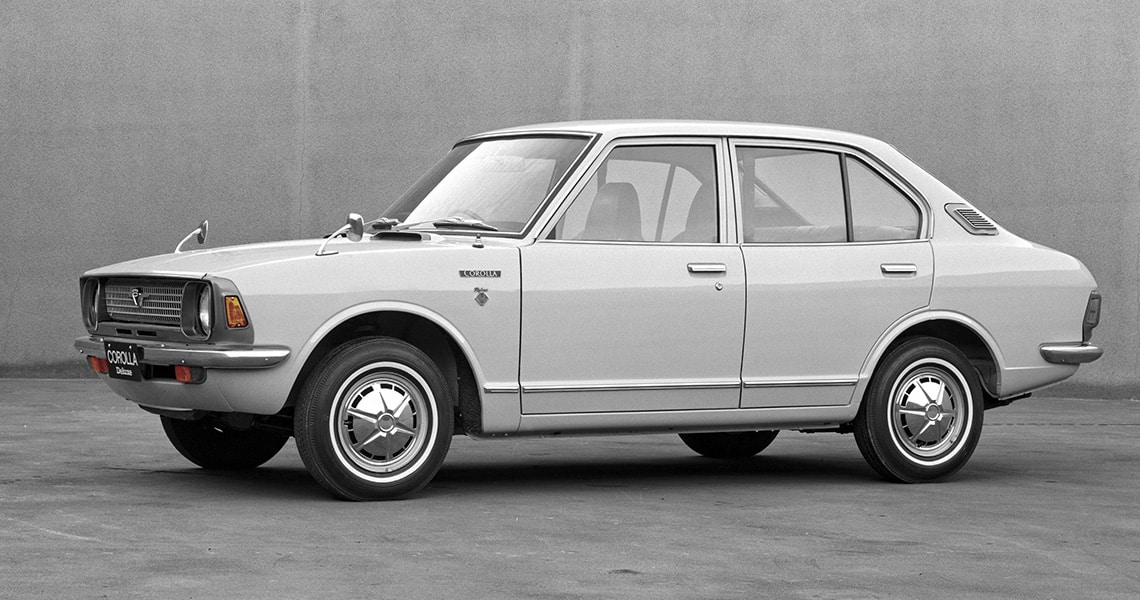 The Corolla also played a vital role in Japan’s motorisation in the 1960s and onward. In the rapidly growing Japanese economy of the ’60s, the three sacred treasures for consumers were the ‘three Cs’ – a colour television, an air conditioner and a car – and the Corolla added a capital ‘C’ to satisfy the demand.

Sedans remained the mainstay of Corolla over 12 generations, but some notable divergent models added flavour and variety to the range over the years, starting with sporty two-door coupe derivatives (including the revered Levin and Sprinter Trueno nameplates) in the second-generation line-up from 1972.

This continued with the SR models (from 1974) and the introduction of liftback and station wagon derivatives in the E30/E50 range. Locally, the sporty SR5 Black Hawk and Silver Fox models were released in 1981 just before the fourth-generation E70 was introduced – the last Corolla with a rear-wheel drive layout.

A pillarless hardtop coupe and a fastback version formed part of the E70 line-up, but wasn’t made available in South Africa. In 1983, however, we received 300 units of the special and very quick TRD Liftback – and this model is now revered locally as a Toyota classic. 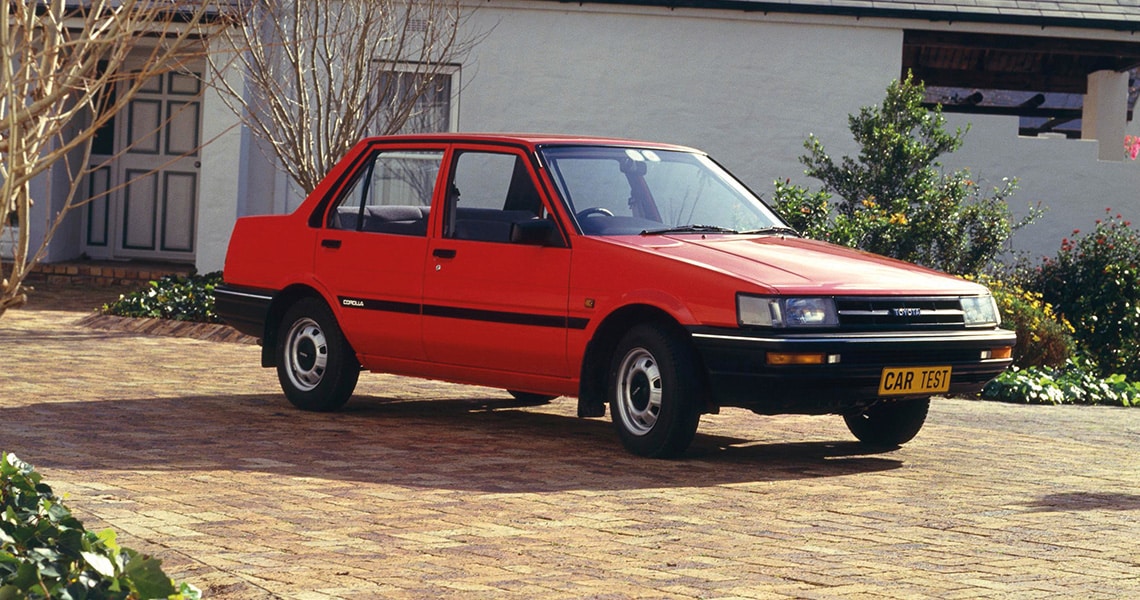 The fifth-generation E80 models, locally known as the ‘slant shape’ or ‘wedge’ models, switched to front-wheel drive and included the first Corolla available as a hatchback (besides the Avant model, a progression of the liftback). Toyota South Africa badged it Conquest to distinguish it from the sedan. 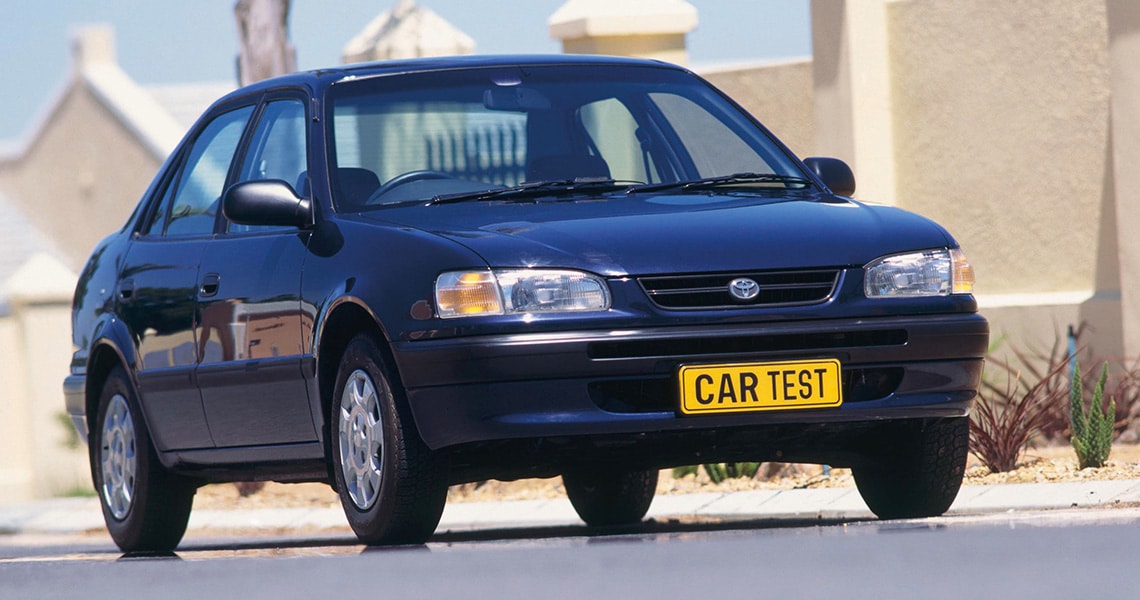 This range gained worldwide recognition for the prowess of the AE86, Levin coupe – the legendary Hachi Roku (eighty-six) – with a rear-wheel drive layout and endowed with the celebrated 4A-G engine. It was never available locally, but the Conquest RSi, with the same mill, became a giant-killer on the race and rally tracks, and the Corolla GLi won the SA Car of the Year title in 1986.

The E90 range, the so-called Kentucky Rounder, was introduced in late 1988 and continued this tradition. The RSi cleaned up on the racetracks while the Corolla set new sales records for passenger cars and the GLi flagship model was crowned the 1989 SA Car of the Year.

This model range proved immensely popular and Toyota South Africa decided to extend its lifespan, skipping the next generation Corolla range (E100, released overseas in 1991). A facelift was introduced in 1993 and the Conquest Tazz and Conquest Carri panel van arrived in 1996. In 2000, the names changed to simply Tazz and Carri until production ended in 2006.

The eighth-generation Corolla (called Baby Camry on the streets) was locally introduced in 1996, bringing a 20-valve 4A-GE engine in the RSi and RXi sedan models, but no hatchback. However, a minivan derivative called the Corolla Spacio (not based on the same platform as the sedan) was introduced overseas. 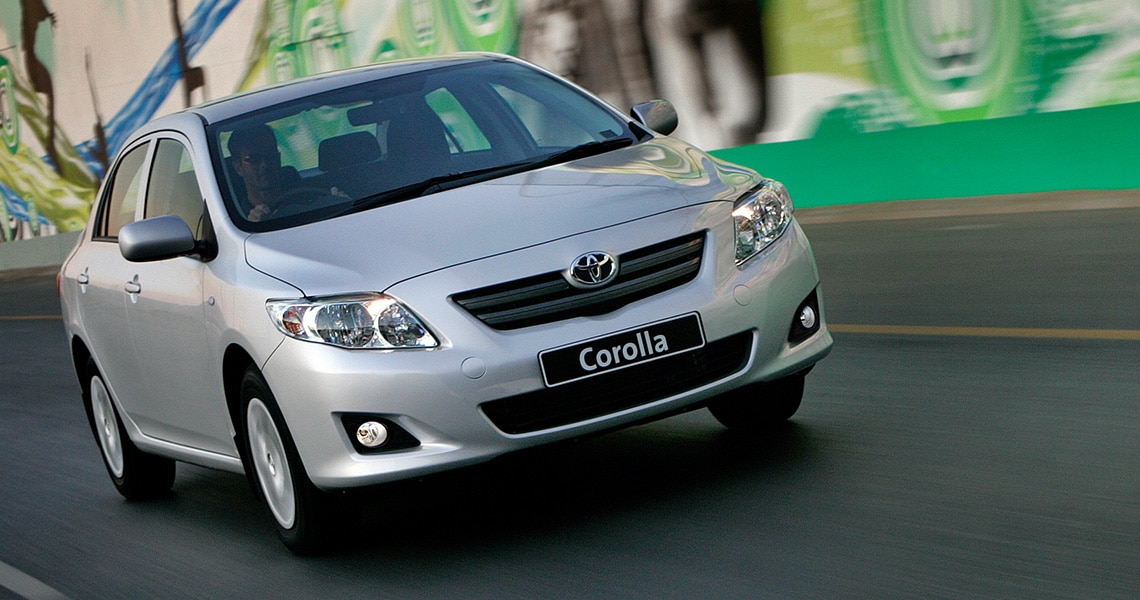 The millennium Corolla (E120), launched here in 2002, saw the return of the hatch, now with RunX badging and modern VVTi engines, including a 141kW mill in the RunX RSI variant. Overseas, the E120 line-up also spawned a Corolla Verso/Spacio MPV, but locally we received only the third-generation Verso – preceding the launch of the 10th-generation Corolla in 2007.

With the hatchback model now spun off as the Auris, this range upped the ante in terms of luxury and safety. It enjoyed an extended production life locally, with the entry-level Quest built in the Prospecton plant in Durban until last year. 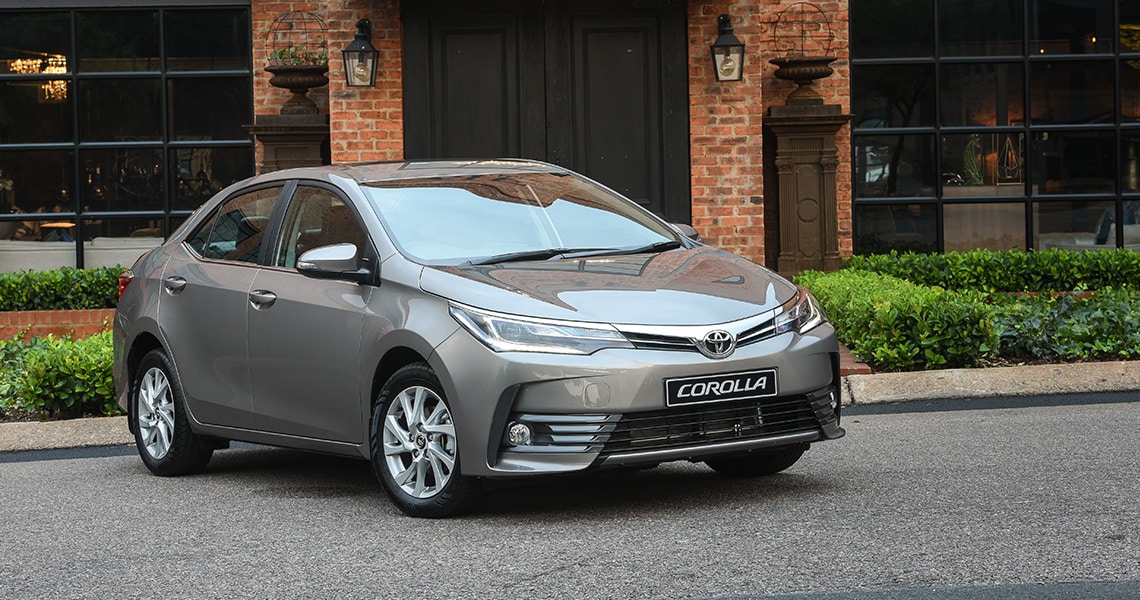 The 11th-generation Corolla, introduced here in 2014, is the last sedan to be produced locally – and still lives on in Quest 1.8-litre guise. Generation Twelve saw the return of the Corolla hatch (in 2019, followed by the sedan a year later) and is also the first generation to be fully imported.

The latest Corolla brought turbo and hybrid power too, and in Japan, a hydrogen-powered Corolla recently participated in and completed a 24-hour endurance race. Now, with the latest evolution of the Corolla, Toyota aims to keep the nameplate relevant in a world that has come to prefer SUVs and crossovers. 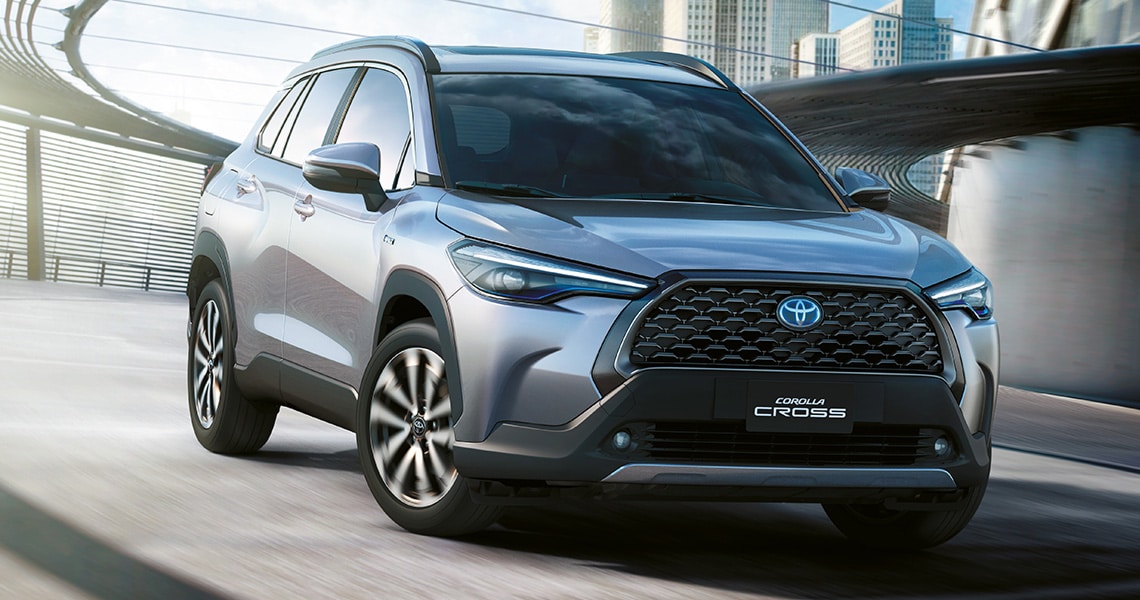